Thousands of students around the state protest Youngken revisions to 2022 VDOE policies. 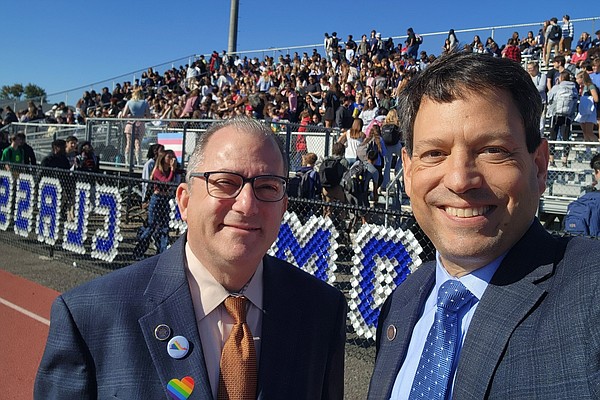 It's not about bathrooms like it was never about water fountains. That is what a hand-made protest sign held by two Herndon High School students said the morning of Sept. 26 during a school-allowed protest activity. Approximately 300 students gathered in front of the school at 9:45 a.m. as part of a county and state-wide protest demonstration organized by Pride Liberation Project in response revisions to transgender policies in public schools that some called “cruel and anti-trans.“

According to a communication from the principal of West Potomac High School to parents, 1,400 students walked out there. 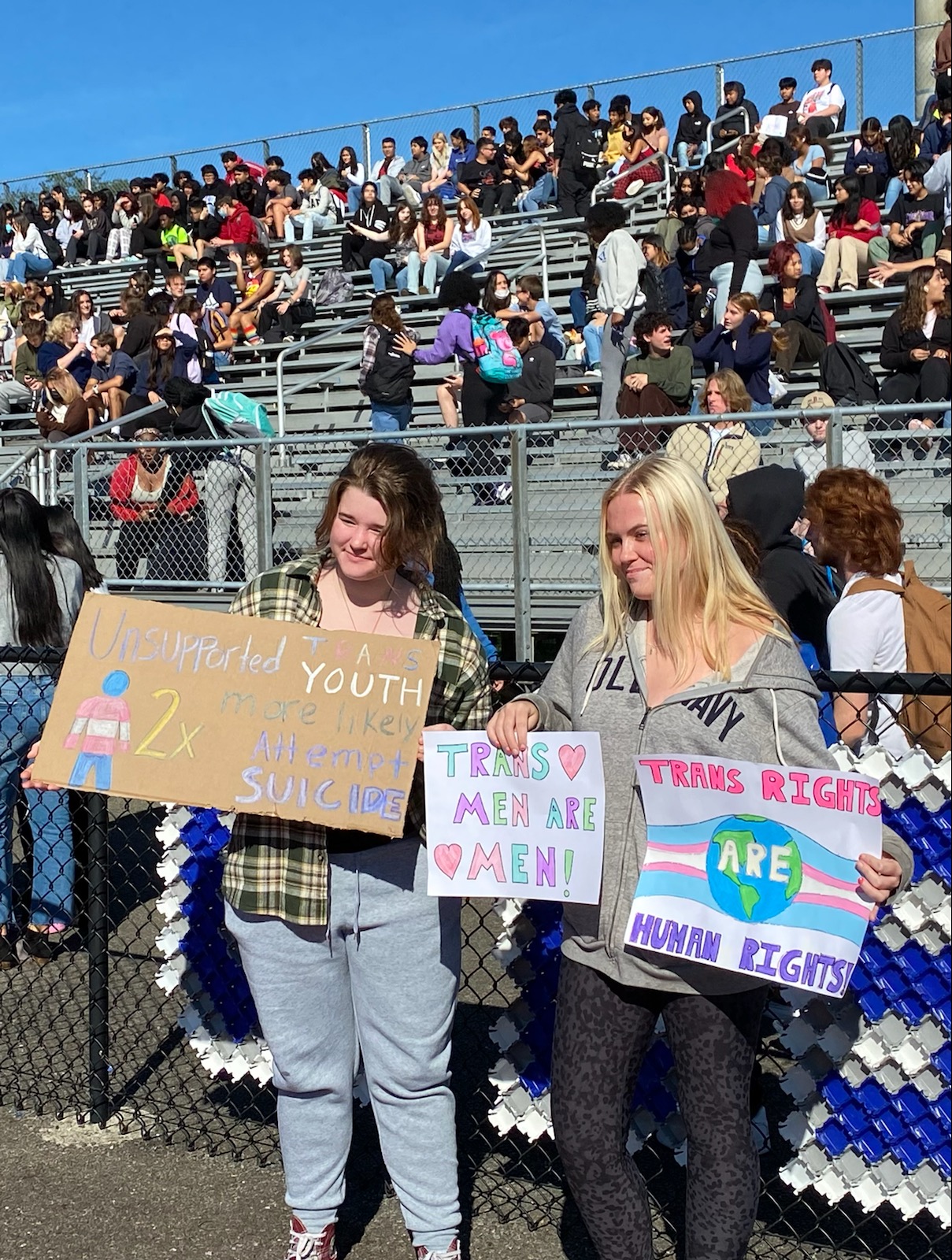 “As a transgender student, I just want a safe and accepting environment where my peers and I can thrive,” said Beatrice Stotz, a student at Fairfax High School, where hundreds of students walked out of class. “These proposed regulations do not ‘protect students’ as they are touted but instead actively harm us and erase our existence for political gain. I'm fortunate enough to have a supportive community, but many of my friends and peers cannot say the same, and these policies would put their lives at risk.”

On Friday, Sept. 16, the Virginia Department of Education released its revised 18-page 2022 Model Policies, a revision of the Model Policies for the Treatment of Transgender Students in Virginia's Public Schools (the "2021 Model Policies"), adopted on March 4, 2021 under Gov. Ralph Northam (D).

The VDOE's revisions include banning transgender students from using restrooms that align with their gender identity, banning gender-neutral pronouns, and banning social transitioning and expressing their gender identity and require school districts to out students to parents. In addition, the revisions allow people to maliciously misgender students and allow parents to deny a student access to school counseling services, regardless of the student’s wishes and mental health.

“On Tuesday, Sept. 27, over 12,000 students at 100 Virginia schools walked out to oppose Glenn Youngkin’s hateful LGBTQIA+ guidelines,” said the Pride Liberation Project in a release. “Students walking out called for the Virginia Department of Education (VDOE) to revoke these draft guidelines and for school boards to protect all students by rejecting the VDOE’s draft guidelines.” The organization describes itself as a 500+ member student-run group of Queer and allied students in Virginia who advocate for the rights of LGBTQIA+ students.

Natasha, a student who walked out at Oakton High School in Fairfax County, highlighted the political motivations of these attacks: “Governor Youngkin says that he cares about parental rights and Virginia, but he’s just attacking Queer students. If he truly cared about our students, he wouldn’t be putting us at risk for depression, harm, abuse, and harassment. Students know we have the potential to build schools that let everyone succeed, but we can’t do that with these policies.”

A tweet on Sept. 26 from U.S. Rep. Gerald. E. Connolly (D-11) @GerryConnolly said, "This policy is fundamentally wrong and its outcomes tragically unacceptable. It helps no one, but it harms many. There is no justification for such transparent cruelty in Virginia."

Connolly and others said that what the VDOE proposed would have tragic consequences.

"There is one data point to keep in mind as this egregious new policy is debated and implemented: a young LGBTQ person attempts suicide every 45 seconds in America,” according to the Trevor Project. “Among trans or non-binary American youth, the outlook is darker still. Transgender and non-binary youth are more than twice as likely to seriously consider or attempt suicide compared to their other LGBTQ peers … A peer-reviewed study published in 2021 found the transgender and non-binary youth who reported gender identity acceptance from at least one adult in their lives were 33 percent less likely to report a suicide attempt in the past year."