Bike To Work Day, Month of May Tradition

An upbeat activity for an upbeat month heading into summer. 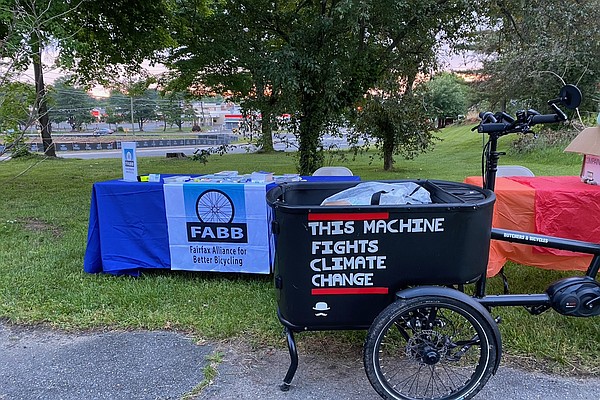 The sun was out, no rain and the area’s bicycle enthusiasts forged their way to work from all corners of the area, including Springfield where the pit stop at Metro Park ran short of t-shirts but not enthusiasm. For some reason, there weren’t as many delivered, but the riders still got exercise, fresh air, water and comradery with fellow bicyclists at the pit stop. “We ran out of t-shirts around 7:30 a.m. But everyone that missed out on the t-shirts were good sports about it,” said pit stop manager Jennifer Brown.

There were about 40 people at the Springfield Metro Park pit stop, which is right off Beulah Street and for those that work in Fort Belvoir, it’s on the way. One rider came from Vienna to Fort Belvoir and a bunch of riders were on the way to other locations in the office park. The pit stop was right outside Kingstowne, a family friendly area, so a few families stopped in too. 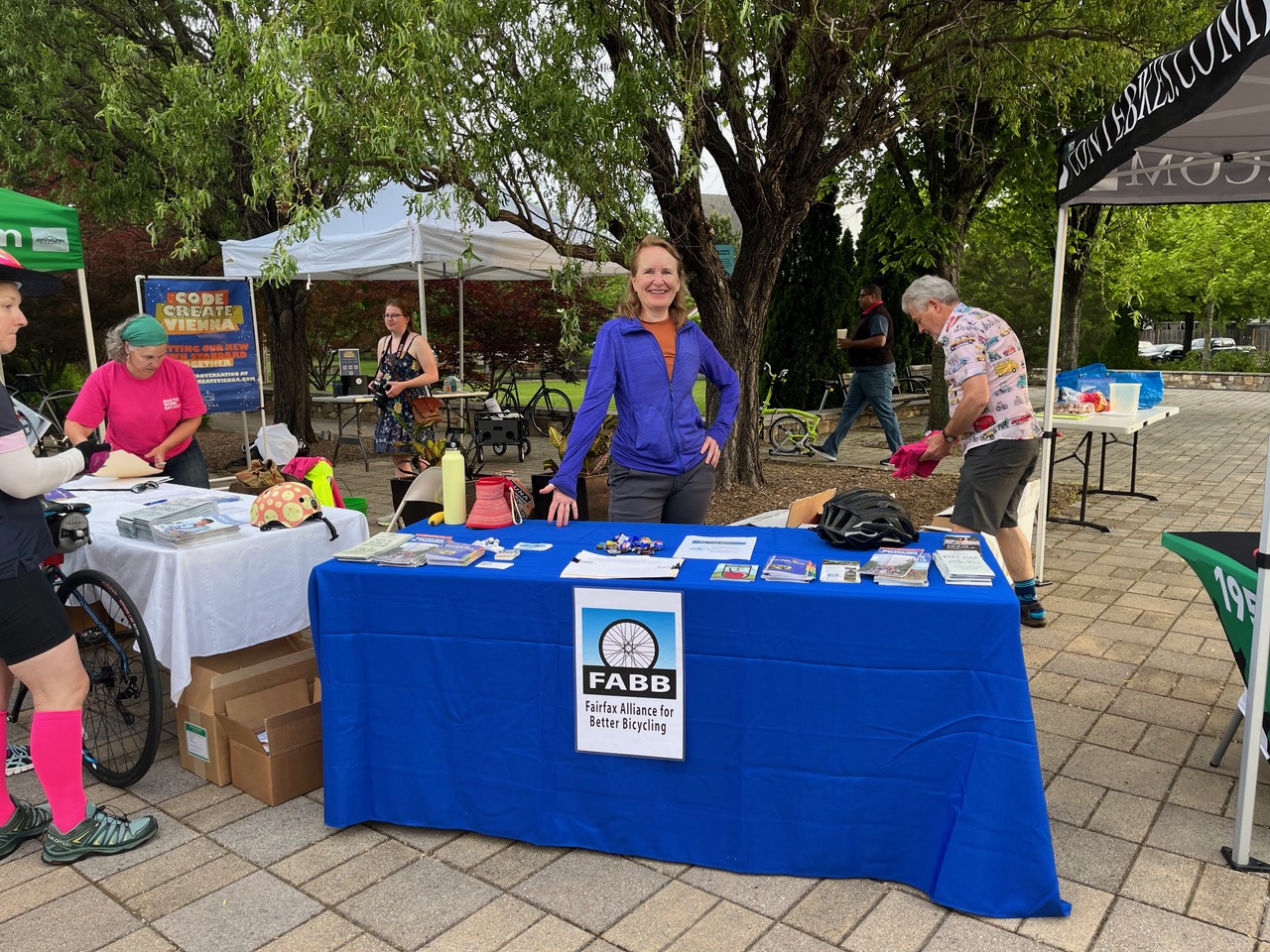 FABB’s table in Vienna at Bike to Work Day on Friday, May 20.

“We also had several families come in together with their kids, often with one spouse then heading off to work on their bike,” Brown said.

According to Ursula Sandstrom, Trail Ranger and Outreach Director at Washington Area Bicyclists Association, there were 14,000 registrants and nearly 100 pit stops throughout the region for this year’s event. The pandemic put a damper on the ride in 2020 and 2021 but certain stops this year were still crowded, added Bruce Wright, president of the Fairfax Alliance for Better Bicycling. In particular, there were a lot of riders at the stop in Reston. “Compared to before Covid, the numbers were probably down a little but it was good to see so many people out on bikes,” he said.

This year was the 21st anniversary of the official Bike To Work Day as it is known, but the League of American Bicyclists began a Bike to Work Day as part of Bike Month in 1956. Over the years, Bike to Work Day has grown into a widespread event in an effort to get commuters to try bicycling to work as a healthy and safe alternative to driving alone. In the Metropolitan Washington region, Bike To Work Day has grown from a few hundred in 2001 to an all-time high of 18,700 participants in 2017. The event is sponsored by Commuter Connections and WABA..

Advantages of commuting by bike include cost, health, reliability and the environmental advantages. BTW officials cite the Clean Air Partners research data that each year cars and trucks travel more than 38 billion miles on the roads, accounting for 30-40% of the ozone-causing pollutants.