‘I Am a Survivor’ in Alexandria 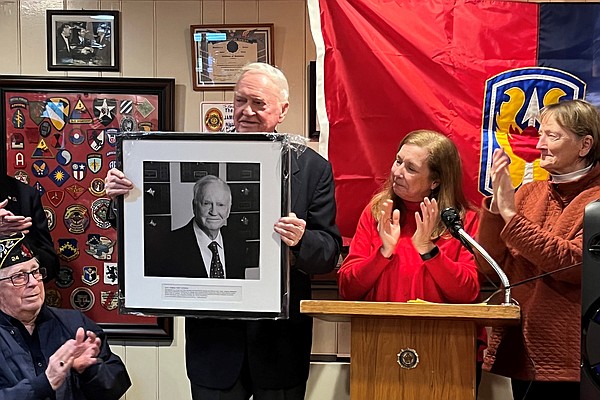 “You are the real heroes,” said U.S. Navy Capt. Eugene “Red” McDaniel (ret.) in addressing dozens of Vietnam veterans March 26 at American Legion Post 24 in Old Town. “It was unimaginable how you were treated by our nation. By the time I returned, I was welcomed home by our government and treated as a hero. But I am no hero. I am a survivor.” 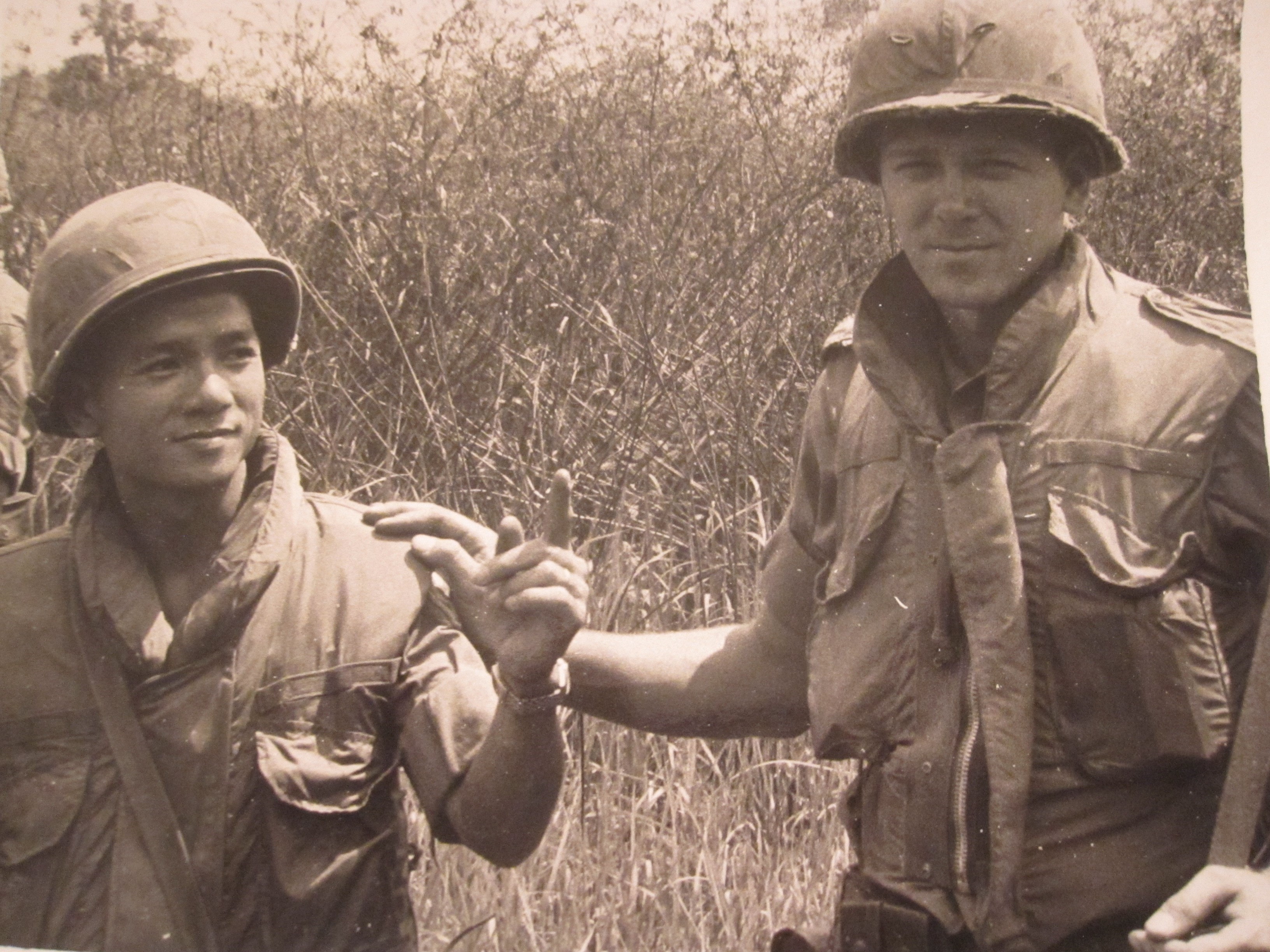 Doug Gurka, right, with his translator serving in the U.S. Army during the Vietnam War.

McDaniel was the featured speaker in honor of National Vietnam War Veterans Day, commemorated March 29 in recognition of the day in 1973 when the last of America’s troops left Vietnam. McDaniel had been released from captivity just three weeks earlier, March 4, 1973, after six years as a POW in the infamous Hoa Lo Prison, known as the Hanoi Hilton.

McDaniel, now 90 years old, was once described by Time Magazine as one of the most brutalized prisoners of war in Vietnam. On May 19, 1967, the Top Gun pilot was captured when his A-6 Intruder aircraft was shot down during his 81st combat mission over North Vietnam.

“He may say otherwise but Capt. McDaniel is a true hero,” Reuter said. “I come from a military family and it is a real honor to be here today to recognize him and thank all of the veterans that have served our nation.”

More than two dozen Vietnam veterans attended the event. A representative of the Daughters of the American Revolution presented each veteran with a certificate of appreciation for their service along with the Department of Defense commemorative Vietnam Veteran lapel pin.

Among those in attendance was former Alexandria vice Mayor Bill Cleveland, who served in the U.S. Army in Vietnam’s Mekong Delta.

“I graduated high school in 1968 and three days later I was drafted into the Army,” said the 73-year-old Cleveland. “By December of that year I was in Vietnam.”

Cleveland describes each day of his tour in Vietnam as “the Fourth of July.”

“Every day we were getting shelled,” Cleveland said. “Every night we would see tracers. We got hit about three times in one day and had to survive in our bunkers. The first week I was there I cried every day.”

Cleveland, a retired Capitol police officer, does recall seeing Bob Hope and James Brown while in Vietnam, but otherwise “it was constant shelling and bagging and tagging those who did not survive.”

Former Post 24 Commander Doug Gurka was an Army Staff Sergeant who arrived in Vietnam in the spring of 1967. He was assigned to the counterintelligence section of the 179th Military Intelligence Detachment, 199th Light Infantry Brigade.

“At that time, the 199th was responsible for eliminating the enemy from the province surrounding Saigon and stopping infiltration from Cambodia,” Gurka recalled. “After a few months, we were reassigned to the Brigade's main base adjacent to Ho Nai Village. It was here at around 2 a.m. on the 31st of January in 1968 that we came under a major attack by large enemy units. The Tet Offensive had begun.”

After the completion of his tour of duty, Gurka was assigned to an intelligence unit at the Pentagon and returned to the United States in May of 1968 at the height of anti-war sentiment.

“It was definitely disheartening to return to that environment,” Gurka said. “Today people have more of an appreciation for what we went through at that time but then it was difficult.”

During the Vietnam War, more than 58,000 Americans were killed and many thousands more wounded, injured, or missing in action. Alexandria counts 68 among those killed or still MIA.

“I know that in war people are going to get killed,” Gurka said. “But when it is in vain is the worst part. Colin Powell said that if you are going to fight a war, go in and win it decisively. That is still appropriate advice for today.”