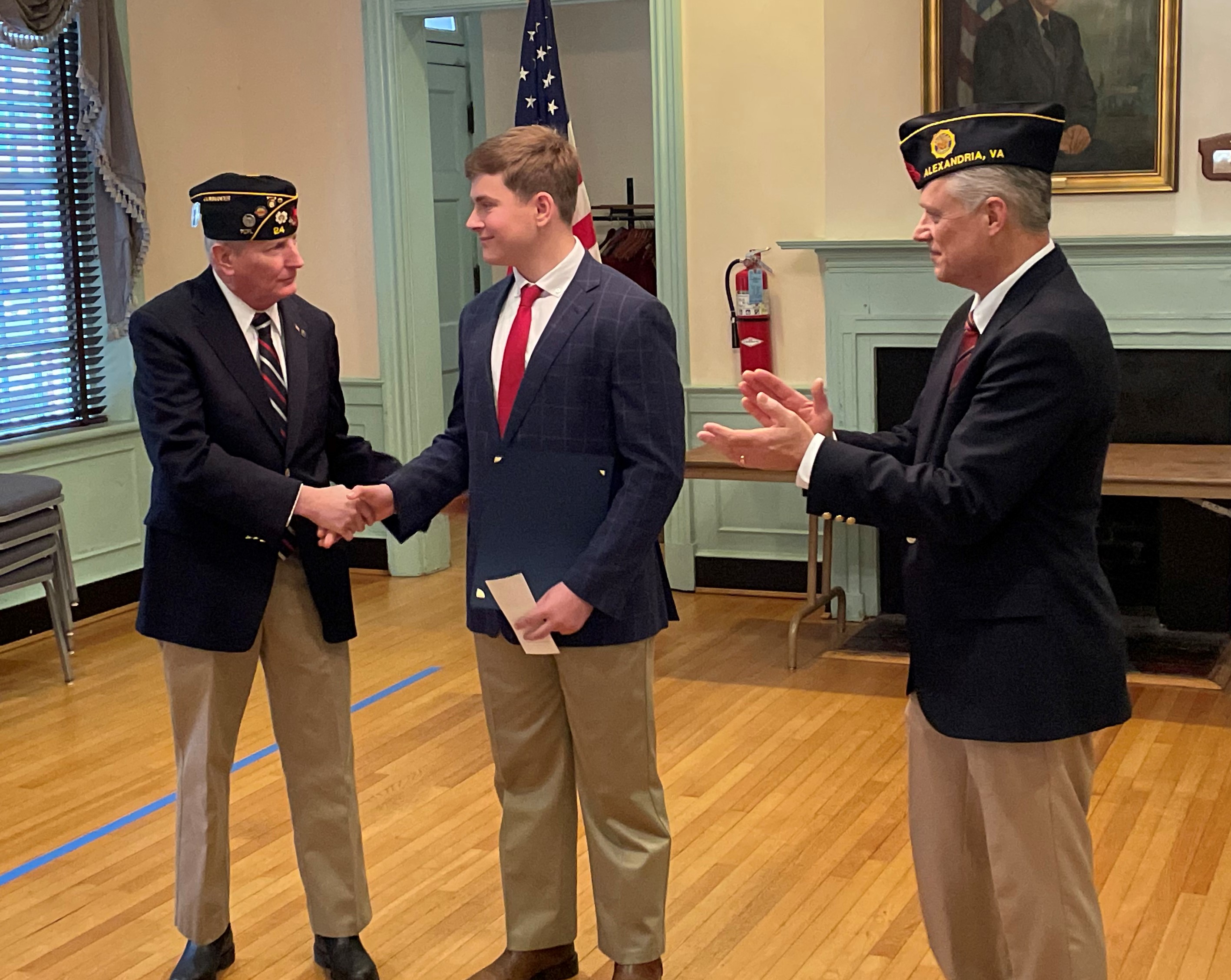 Held at Post 24 in Old Town, Reistad’s presentation topic described the importance of the Judicial Branch of the U.S. government as defined within the U.S. Constitution. His second speech, a 3-5 minute assigned topic speech, was on Amendment XXV, Section 4, which provides for the powers of the Presidency to transfer to the Vice-President in the event that the President cannot perform his duties.

First held in 1938, the American Legion Oratorical aims to develop knowledge and appreciation for the U.S. Constitution among high school students. The contest is open to girls and boys in grades 9-12 who each write their own 8–10-minute prepared oration. Contestants memorize and deliver their speech on any aspect of the Constitution in front of an audience of multiple judges, timekeepers and other attendees.

Applications for next year’s Post 24 contest, tentatively scheduled for Jan. 8, 2023, will open in August and early entry is recommended.

Reistad now advances to the American Legion District 17 Contest at Post 177 in Fairfax.

For more information about the Oratorical Speech Contest or other youth programs, contact: VAPost24Oratorical@gmail.com.