Oops! They Did it Again

Lawmakers accidentally gave overtime protection to farmworkers and domestic workers, now they're taking it back.

They didn't mean it. Seriously. And now they're about to undo what they did last year.

Lawmakers say the vote last year to create a cause of action for farmworkers and domestic workers to seek overtime pay was a mistake. Senators say they were misled, snookered by the blitzkrieg pace of the General Assembly. Now they're taking action to rectify the situation, stripping farmworkers and domestic workers of the ability to sue for overtime. 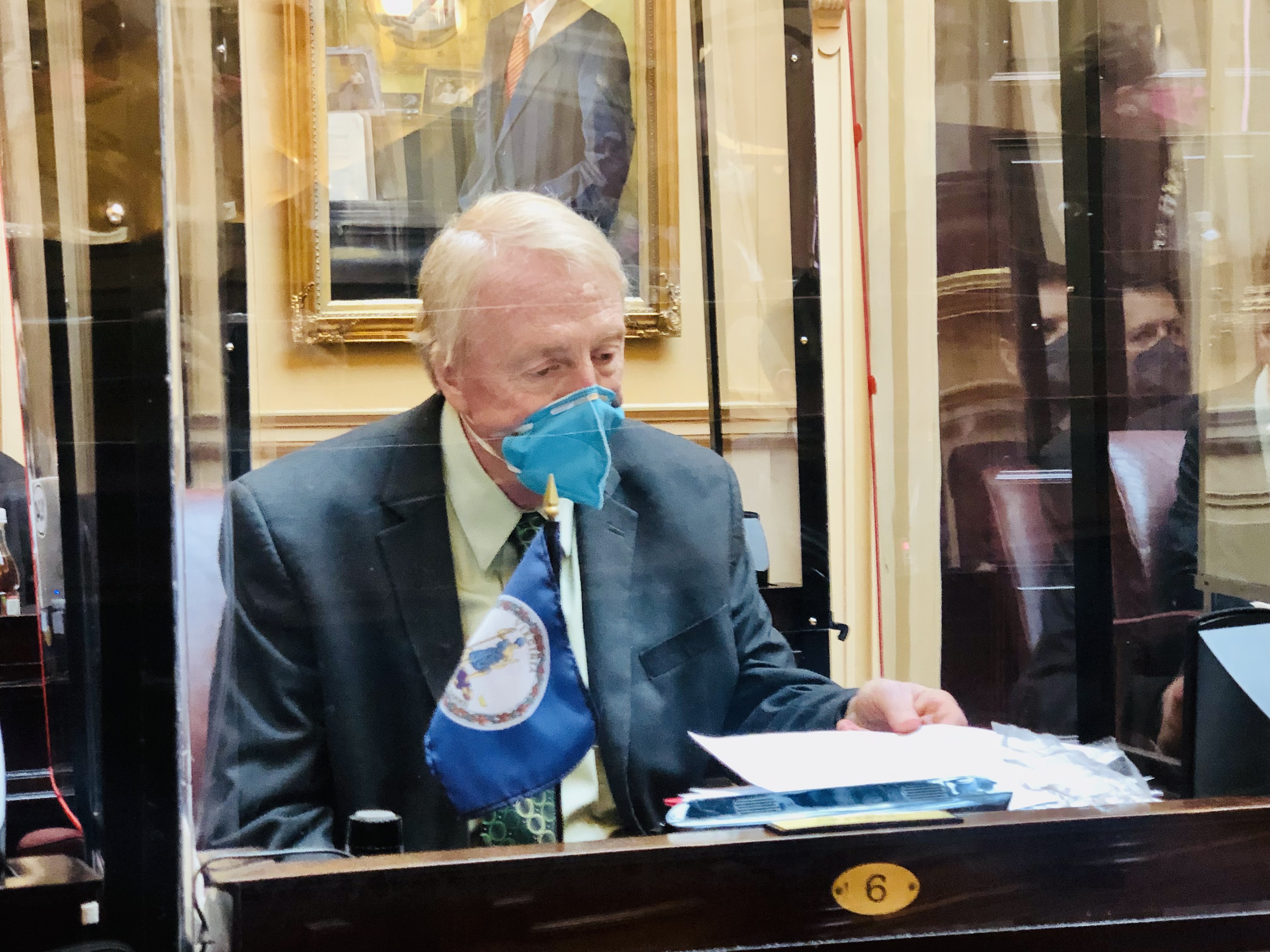 "The bill takes us back to where we were before the bill was presented last year and that was misrepresented to the Senate," said Sen. George Barker (D-39).

Last year, senators were considering a bill introduced by Del. Mike Mullin (D-93) that created a state cause of action for workers to demand overtime pay. Until Gov. Ralph Northam signed his bill into law, the only way workers had to demand overtime was through federal courts. But state courts are more generous, and workers can get triple damages instead of double damages. Plus the statute of limitations is three years in state courts as opposed to two years in the federal courts. Majority Leader Dick Saslaw presented the Mullins bill in the Senate.

"Basically, it requires the employer to compensate all employees who are entitled to overtime compensation under the Fair Labor Standards Act at a rate not less than one and a half time the employees rate of pay," Saslaw told senators last year. "It takes in most of the exemptions and inclusions to the federal overtime act, not all of the exemptions but most of them."

The Fair Labor Standards Act was written during the era of Jim Crow segregation in the 1930s, when southern Democrats refused to create protections for African-American workers. The racist impulse to deny protections to Black workers led Congress to exempt farm workers and domestic workers from the law, occupations that were done primarily by African American workers in the South. During the 1930s debate on the bill in Washington, members of Congress didn't bother to hide their bigotry.

"You cannot prescribe the same wages for the Black man as the white man,” explained Rep. Martin Dies (D-Texas) during hearings on the legislation.

NOW THAT JIM CROW legacy is about to be grafted onto Virginia's overtime protections, removing protections from farm workers and domestic workers that were created last  year. The move comes after Virginia became one of the few states to implement a "domestic worker bill of rights," allowing them to file complaints about workplace safety to the Commission of Labor and Industry. Now those same workers will be denied the ability to seek overtime pay in state courts.

"To think we would be rolling back protections is deeply disappointing," said Alexsis Rodgers, Virginia state director at the National Domestic Workers Alliance. "During the pandemic, so many homecare workers and caretakers have been working long and hard to keep people safe, and they deserve overtime just like any other worker."

Farmworkers are frequently singled out as a class of worker that is denied minimum wage or workplace safety. Unlike the business groups that are pushing to remove overtime protection from the code, farm workers don't make campaign contributions or hire lobbyists. Even when Democrats were in control of the General Assembly, the effort to extend the state minimum wage to farm workers was unsuccessful. Now those workers will be stripped of the ability to seek overtime.

"The fact that we can't get farm workers covered by the minimum wage in Virginia is just outrageous," said Kim Bobo, executive director of the Virginia Interfaith Center for Public Policy. "What work is harder?"