Mount Vernon Student Got a Lesson in Politics 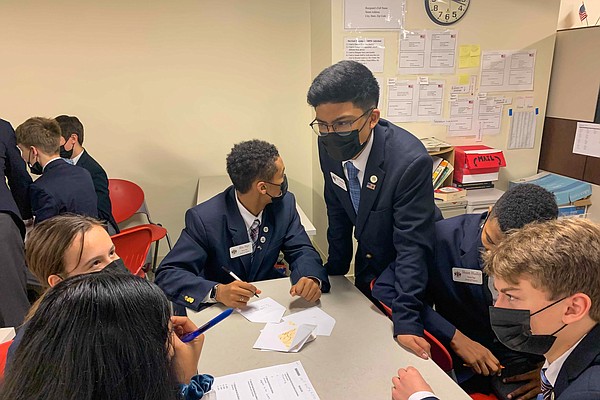 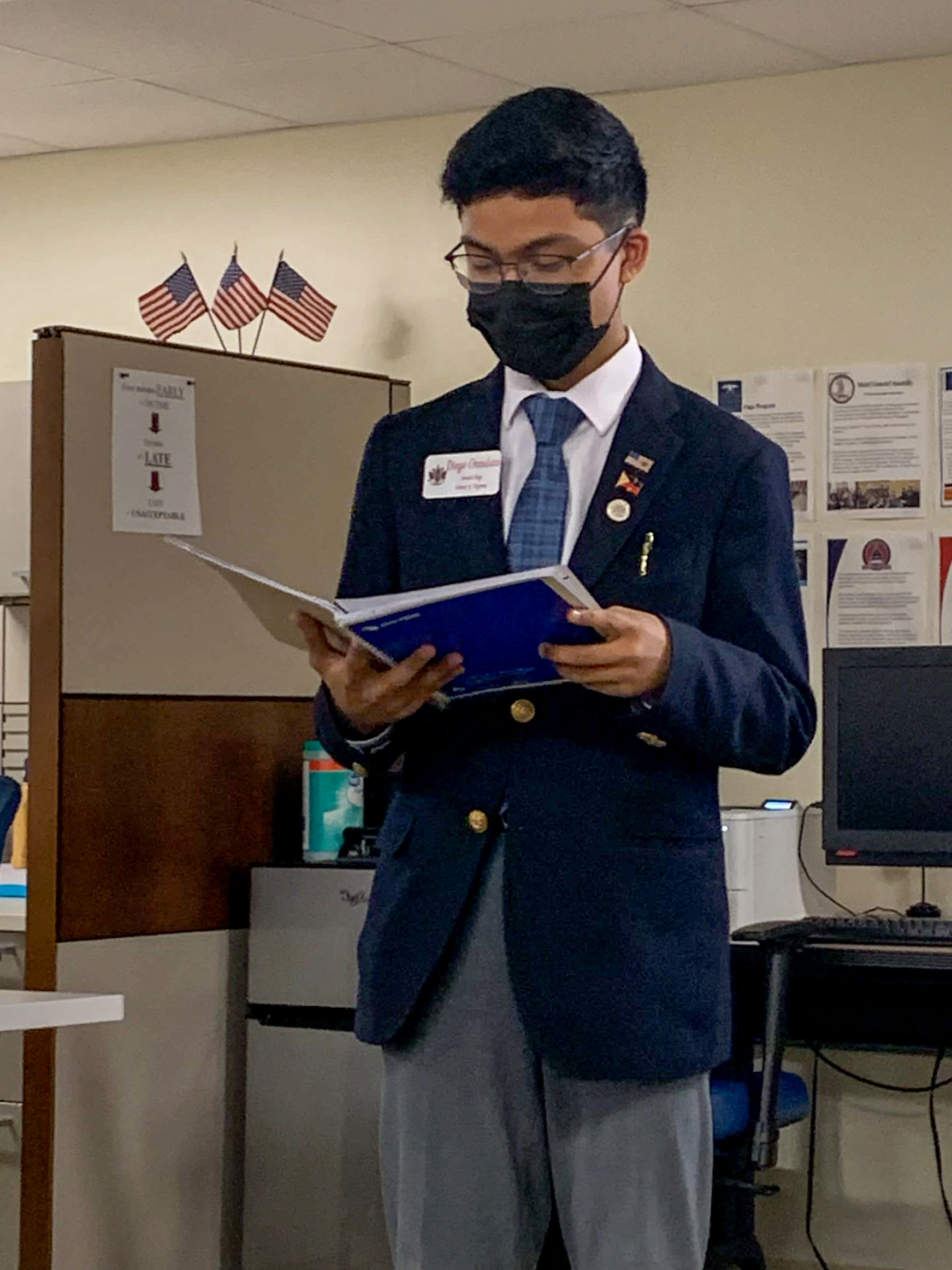 Diego Orendain
weeks in Richmond getting an insider’s view of the Virginia General Assembly as a Virginia Senate page for Sen. Scott Surrovel (D-36th).

It was a big deal for this 14-year-old who walked away with many of life’s lessons that he may not have gotten in the classroom. He led a group of students that came up with their own bills, and led the debate that followed, and broke out of his shell that sometimes forms in eighth grade.

“I learned a lot about being social and talking to new people,” he said. “It really helped me coming back to school.”

His group came up with two bills, and one came from a real-life experience of another student who was stuck in the snow with her family and had trouble flagging down a car. Their bill backed emergency signs for an event like that. Diego presented the bill, and then led the debate.

While in Richmond, Diego witnessed senators weighing legislation, including the bill to make masks optional in Virginia schools.

“Watching them debate made me realize that they respect each other even if they don't agree with one another,” Diego said. “Every time the session ends, senators walk towards their ‘debater’ and talk like they have been best friends since they were born.”

The experience was appreciated by others too, who could see that some of the lessons were irreplaceable. Working in this state setting where they discussed some of the legal procedures was similar to civics and social studies on the school agenda. “This will help him in his civics class, fits nicely with eighth grade,” said Craig Herring, principal at Walt Whitman.

At Walt Whitman, his teacher Katie Richter, an Advanced Academics Resource Teacher, helped sign him up for the program and make it all happen. “Miss Richter made me confident, my parents too, they said it was going to be a great experience,” he said. Diego kept up with the other classes, and even excelled in math when he got back.

He is affiliated with his church in Mount Vernon, and this helped to some extent, particularly when he had to wear a sports coat and tie every day. Diego dresses up for church so it was not a big deal, and he stepped up when another student needed help.

“I taught my roommate how to tie a tie, that was pretty exciting,” he said.

Diego stayed in the Marriott Hotel a few blocks away from the legislative building and went home every weekend.