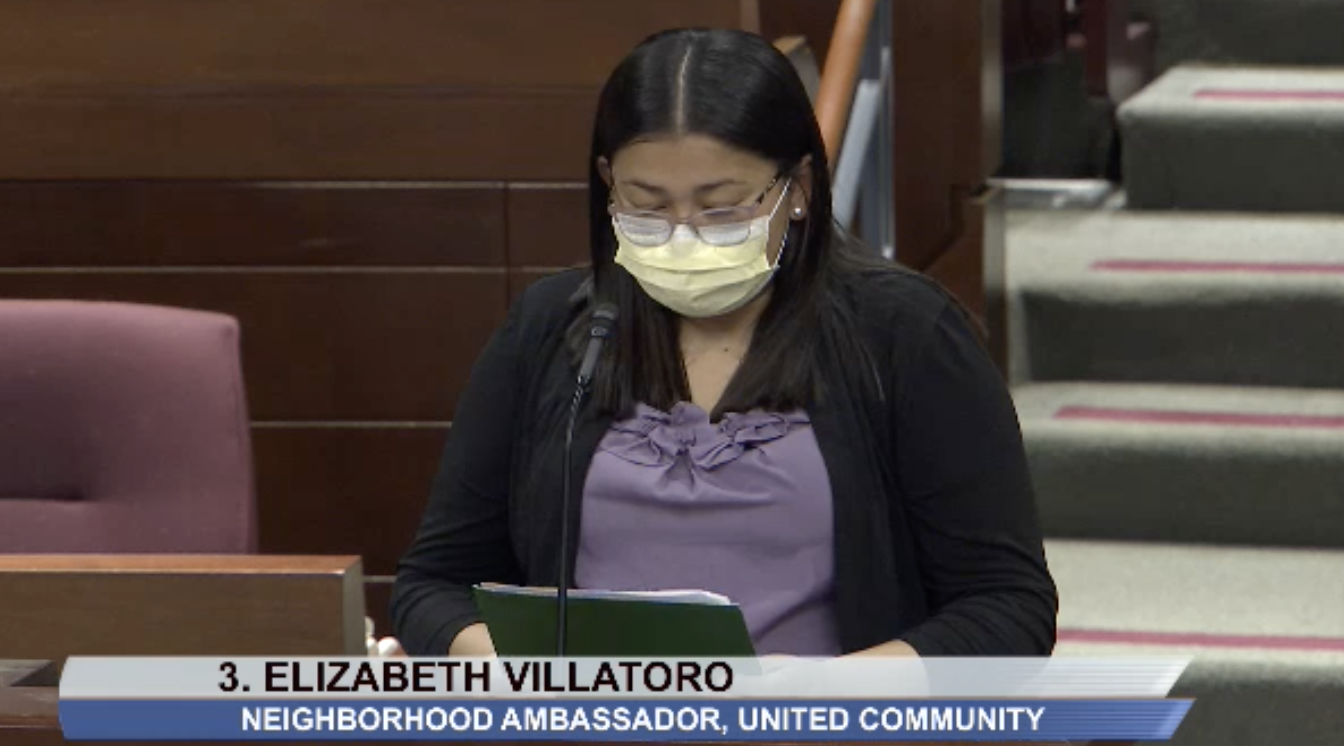 Fairfax County Board of Supervisors 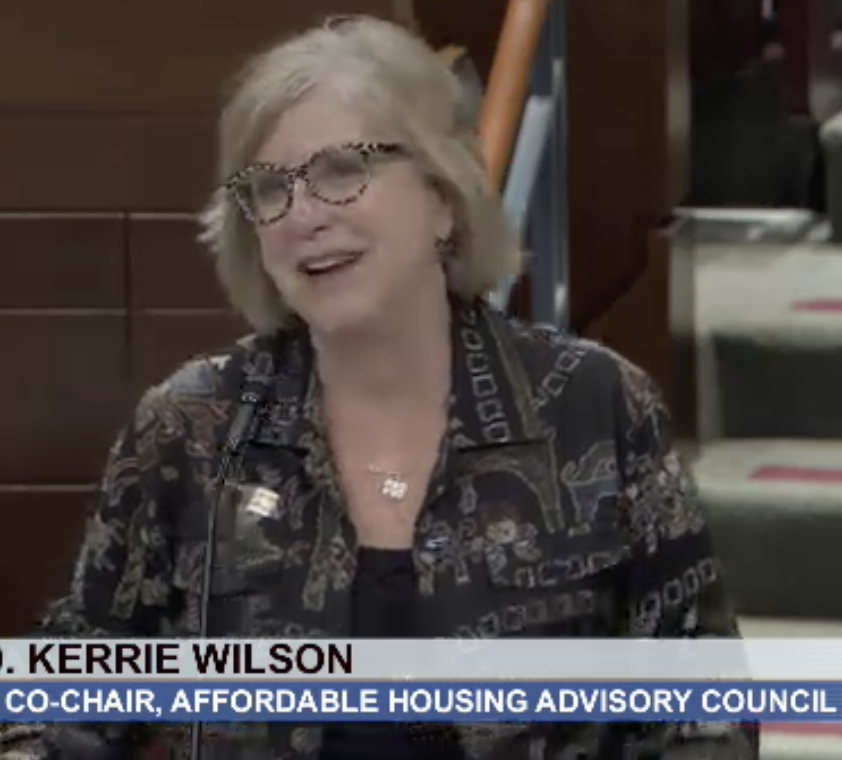 Key concerns at the Board of Supervisors last week included competitive compensation for county employees, particularly police and first responders; support for vital nonprofit community programs and county parks; and affordable and low-income housing on an ongoing basis.

Fairfax County Board of Supervisors held their Public Hearing on the County Executive's Proposed FY 2023 Advertised Budget Plan, the Advertised Capital Improvement Program for Fiscal Years 2023-2027 (CIP) (With Future Fiscal Years to 2032) and the Current Appropriation in the FY 2022 Revised Budget Plan from April 12–14. Residents, employees, and nonprofit and organization leaders testified.

Stella Pekarsky, chair of the Fairfax County School Board, said she appreciated the collaboration with the Board of Supervisors and thanked County Executive Bryan Hill. He had presented the Board with an advertised budget that "fully funds the superintendent's fiscal year 2023 proposed budget. "Our schools are the cornerstone of a strong community, educating the leaders of tomorrow," she said.

SEIU member Karen Johnson is a child educator who testified on housing challenges. "I can't afford to live in Fairfax, so I live in Fredericksburg," she said, leading to a four-hour daily round-trip commute.

Scott Spitzer, president of the McLean Citizens Association, testified that there were "reasonable and prudent budgetary approaches and specific proposed funding that the MCA urges the Board of Supervisors to revise from the advertised budget." MCA advocated for funding the Park Authority's proposal for an additional $751,954 for natural resource management and sustainability. He expressed concern about the county police department's 200 open positions.

An MCA resolution encouraged the county to reduce the transfer to the Fairfax County Public Schools to pay for additional spending on maintenance, including natural resource management for the Park Authority, and larger raises for new, less senior police officers. "FCPS student enrollment has declined and is projected to continue declining through FY 2027," Spitzer said.

"There is no human service response without the nonprofits," said Allison DeCourcey, president and CEO of United Community. The organization provides human services along Richmond Highway in Mount Vernon and Lee districts. DeCourcey described the poverty and unequal opportunity there, particularly in two of the county's three poorest census tracts, calling it an island.

"The life expectancy of folks on this island is ten years less than the mean of the county; 31 percent are uninsured. The median household income for Fairfax is $112,000. On this island, it's $55,000."

The nonprofit is working to change islands of disadvantage and create communities of opportunity. The organization's first Lived Experience Consultant is Elizabeth Villatoro. She said, "Sixteen years ago, I am a person who lived in the shadows as a woman, a mother, and an immigrant for 14 years. Nobody saw me." Villatoro started as a school volunteer, then became a Neighborhood Ambassador.

"This country gave me a lot even when I was in the shadow. Today I feel like I am a part of this country because I can give you something back.” She said when she first came here, she had only cereal to eat. “I remember how terrible that feels. So, my message to you today is, please don't give up. We need you; we need your support. We really need you.”

Anita Irvin is the executive director of Insight Memory Care Center. "As of 2020, an estimated 14 percent of Fairfax County residents are 65 or older, and by 2035, this number is projected to be 17.6 percent. Funding from [Consolidated Community Funding Pool] will support our programs, services, and financial assistance fund, allowing more residents in Fairfax County to receive the care and support that they desperately need."

Deborah Hammer, chair of the Fairfax Area Disability Service Board (FA-DSB), said that 87,000 citizens of Fairfax County have a disability. She requested the board's support and proposed a funding increase for the co-responder model, allowing first responders in Fairfax County to better meet the needs of people having a behavioral health crisis. She also advocated for permanent funding for one nurse in each Fairfax County public school; and funding for five new positions in the county's Department of Housing and Community Development to support the creation, rehabilitation, and preservation of affordable housing throughout Fairfax County.

"FA-DSB specifically requests that the current 5 percent set aside for accessible housing be increased to 10 percent due to the extensive need in the county for housing that can be accessed by those with physical or motor disabilities," Hammer said.

James Waller, president of the Friends of Colvin Run Mill, member of the Alliance of Park Friends, said that at another budget hearing, Supervisor James Walkinshaw, "hit the nail on the head."

"To win the new competition to attract firms with remote workers, and thereby help drive the county's budget and economic growth … more investment is needed in schools and our premier parks," he said.

Waller said parks had received low priority in the budget, half of what they were 30 years ago. The tax of the park taxpayer budget was the equivalent of 2.6 cents of our real estate taxes and now is the equivalent of one cent, he said. "Give parks a higher priority … Give them two cents."

Kerrie Wilson spoke on behalf of the Affordable Housing Advisory Council: housing is foundational to the county's prosperity, its communities, and families. The board recently adopted a new minimum goal of 10,000 affordable homes by 2034.

"But I want to put that in the context of the initial need that was documented in 2018, where we have a gap of nearly 31,000 homes already existing, in addition to making room for the new workers and people we want in our county," she said. According to Wilson, reaching the county's minimum goal and the unmet housing needs requires a dedicated recurring source of funds to get to the resource equivalent of the two pennies of the real estate tax that was committed.

According to Wilson, short-term carryover funds, federal ARPA, and other nonrecurring resources are essential. "But they won't meet the needs to sustain the pipeline that is already underway with the good efforts of FCRHA and the housing department."

"Recovery is years in the making," said Wilson. "I want to acknowledge Supervisor Alcorn; we serve in his district. I think he would agree that there has been recent awareness and sort of maybe awakening to the plight, particularly of people who remain unhoused."